Just Got a New Robe!

Now I told you this was going to be riveting reading right?  Now really, a robe? I haven't had one of those since I was a young boy, and God knows that its been decades at least. I did wear one several years ago, when the company I worked for at the time, had a sales meeting that the Four Seasons Resort in Irving, Texas. I felt I needed to look the part of a wealthy playboy despite being an old Southern Redneck. As a matter of fact, I may have looked like Jethro on the Beverly Hillbilly's when he wore his.   But a recent day trip to EAMC for a outpatient procedure, they recommended I have one, just in case.

I was told, just in case you have to get up and walk around, it would be helpful, since the hospital gowns don't cover everything. Despite the fact I feel I have a cute butt, that I'm sure would not offend, I bought a robe.

Right to Walmart, where I find one of the only two they have. Best part, both were the same and even better, "One Size Fits All".  Let me say that the one size may fit all, but it will look far different of each person wearing. PS: I didn't take it out of the bag at the hospital!
at January 19, 2020 No comments:

Looking Back to Veteran's Day

I thought I'd grab this from my previous post around Veterans Day.  It's a quick look into my past service! 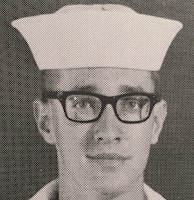 Okay, I’m a veteran, but don’t equate that to heroes of today’s military fighting in the Middle East. I was just one of thousands that helped keep our military strong.  I am glad I served, and the military taught me many life lessons that I feel helped me get through the years after service. But the only fighting I did was with a shore patrol (a boatswain’s mate from our ship) one night late on a pier somewhere in the Mediterranean. He said there would only be one more boat run out to our ship anchored in the harbor, and there were enough people to fill it three times waiting there. So I hit him, and the boat ran several more times until we were all safely on board. I was somewhat of a hero that weekend. Let’s remember, I weighed in at 110 pounds, and the shore patrol was a lot larger and not a popular sailor. I may have found courage in a pint or two of that European beer. 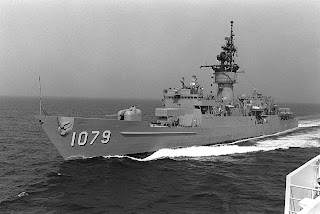 My days at sea (USS Bowen – DE-1079) found me in Guantanamo Bay, Cuba, for ship trials and testing, Puerto Rico, Jamaica, France, Tunisia, Italy, Gibraltar. We spent that deployment chasing and training with US submarines and P-3 Orion aircraft and our ship helicopter around the Med. That was our mission, Sub Hunter. We may have chased a few Russians as well, one, in fact, one that cost us a shore leave in Greece. He was heading west while Greece was East. We encounter a few Russian Naval surface vessels. I always thought it funny as I looked through the viewfinder on my Nikon camera to see another bunch of twenty-somethings looking back through their cameras from the other side. We’re all a bunch of kids in service to our country.

After several years active duty Navy and several years reserve time, I found a position with the Georgia Air National Guard and later a unit in Dothan with the Alabama Guard. Those units brought several European deployments to Norway, Denmark and Italy for exercises deemed important to keep the balance of power and peace. I feel strongly that this was the case and our job important in the big picture of service. My Dothan unit eventually was closed, and I opted to get out as a Major after a total service time of twenty-six years. I have met many people over the years that shaped me into what I am now. I am proud to be a veteran. Thank you for giving me the opportunity to serve!
(Photos: Top, USS Bowen (DE-1079) and Jerry Katz, Summer of 1970 Boot Camp Yearbook Photo, Great Lakes IL and finally as a young LT in Gander Newfoundland heading to Italy in the 1980’s)
at January 19, 2020 No comments:

I began a blog here at blogger more than a few years ago.  Then getting fancy I moved to a hosted platform that I could pay for. Why do this for no cost, when you can pay someone for the same privilege.  Over the years, the comments took many shapes, subject and formats.  All of those original domains, about eight of them should be pointing here soon, if not already!

Some think they will get rich with proceeds from their blog, but it takes bit of work and something worthy for readers to seek out.

Well I just thought I would do a post remotely from my phone to see how this application works which I have not used in the past. And then y...

Jerry Katz
The personal blog of Jerry Katz, my thoughts and opinions! Don’t be a hater!